Spoilers ahead. If you haven’t watched the show until the very end of season 7, mind that you will get massive amount of spoilers below. Go away ;-)

It’s funny how I got excited about I show I was not following too strictly. It was too much of a violence at some moments, it felt too slow at some times… Season 7 felt like watching another show. Everything was fast, shallow, all the big deaths were somehow anticipated, our favorite characters made it out alive (for now), we got a shitload of spectacle and there were cheesy romances. Did I enjoyed it? After all, I did. Some parts. 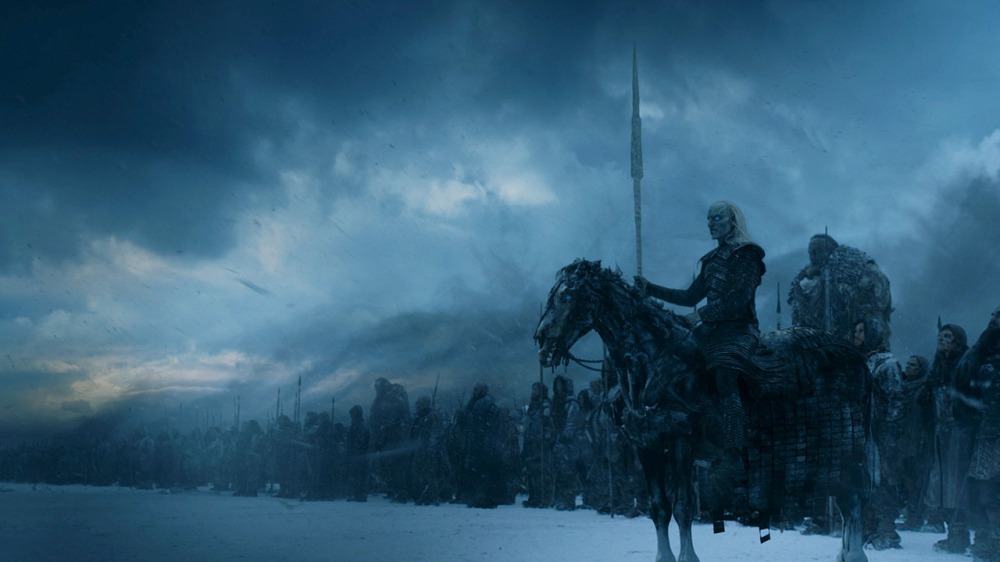 Now what? I have questions and I am curious if they will have their answers in season 8. Not sure how long will we wait for that, but let’s have them somewhere, so I can check when the time comes. Oh, yeah!

-What does he want? (I really hope there is something big behind his march south)

-How will it be even possible to defeat him?

-What is his connection to Jon Snow? (because he continues not to kill him, plenty of chances he got)

-Will he reach out Winterfell before Jon & the gang? He’s quite close.

-Is Tormund dead? (normally, he should be)

-Why is Jamie still alive? What will his role in the future? Will he tell everyone Cersei is not coming to help? What else? Killing Cersei?

-Who will survive? (if we will be still watching GoT, most of the living characters shouldn’t make it to the end; maybe showrunners kept them alive, so they can kill them slowly in the last 6 episodes)

-Is it true that Bran got the Mad King crazy by talking to him “Burn them all”? (speaking of the White Walkers, of course)

-Will everything get back to normal meaning slow-motion, tons of deaths (well, we don’t have many people left to die, but still…)?

-How will Sam take his father and brother death?

-What will Dany and Jon do when finding out the truth about his parents? Did Ned leave this information somewhere to be found, or everyone will simply trust Bran?

-Will there be more (living) dragons?

-How to defeat Viserion now?

-What will happen with Dorne? And with the rest of the houses which now have no leaders?

-What happened between Tyrion and Cersei after he found out she’s pregnant? Why was he looking sad and concerned when Dany and Jon slept together?

-What will be Melisandre’s role in season 8? What about Varys?

-Will Jon and Dany have a successor?

-Will the direwolves appear and be part of the story again? (we definitely need more powerful creatures on the living’s side)

-When will the Winter end?

Why not join the conversation? Cancel reply

View all posts by alnik